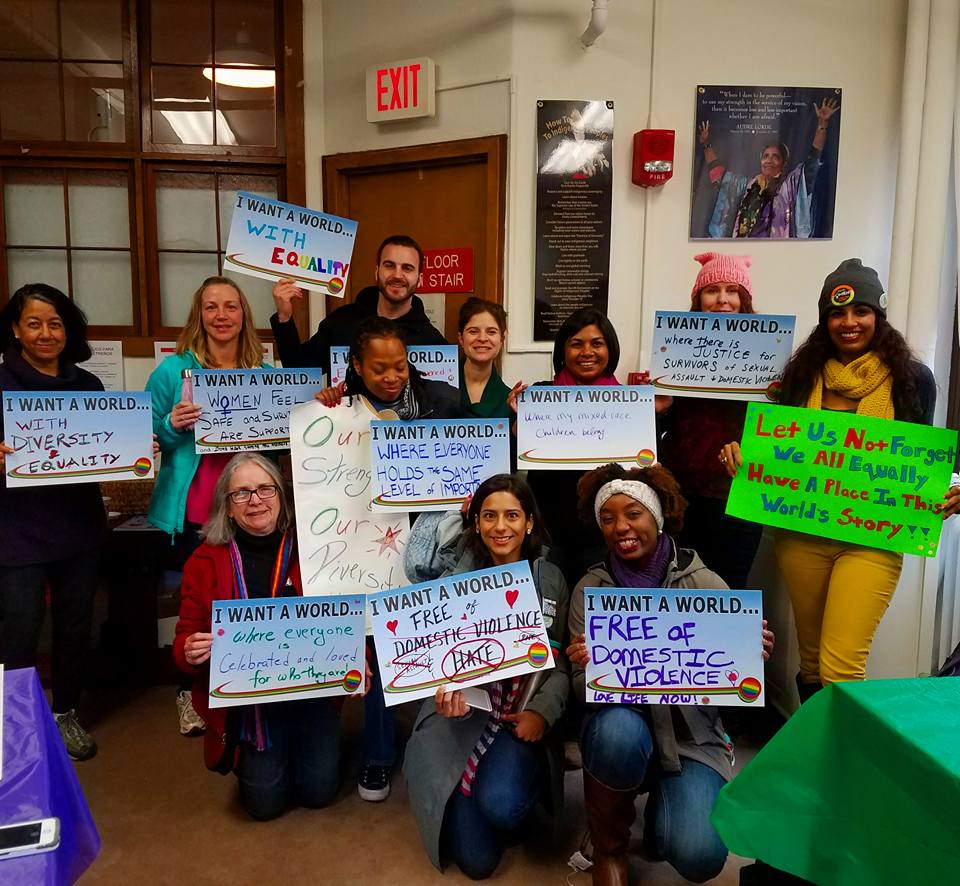 We create social change by addressing the root causes of this violence and promote justice, safety, and healing for survivors.

JDI advocates for responsive public policy, promotes collaboration, raises public awareness, and supports our member organizations to provide comprehensive prevention and intervention services. We are guided by the voices of survivors.

JDI was formed by the 1998 merger of the Massachusetts Coalition of Battered Women Service Groups (formed in 1978) and the Massachusetts Coalition Against Sexual Assault (formed in 1973.) Under the federal Violence Against Women Act, JDI is recognized by federal statute as the only DV/SA Coalition in the Commonwealth. Since its inception, JDI has served as a central point of contact for victim advocates, sexual and domestic violence service providers, and other health, social service, law enforcement and criminal justice professionals, educators, and policymakers. We provide a collective voice on the issues of domestic and sexual violence in framing them as public health concerns that require both short and long-term solutions.

Within the Commonwealth of Massachusetts, JDI is recognized as a leading authority on these issues and works closely with state agencies, the Governor’s Administration, and other statewide advocacy organizations. We provide leadership to these and other areas across the state as part of our intentionally broad role in integrating local, state, and national practices to end sexual and domestic violence. We also work closely with other state coalitions and national organizations to remain current on developments in the field and to influence policy and practice.

Working to end sexual and domestic violence is as important today as it was the day the Coalition began.

Help keep our legacy alive by supporting JDI to continue making a difference with a one-time or recurring gift, a donation of stock or securities, or by naming JDI as a beneficiary through planned giving.

Get updates from JDI on breaking news, legislation, events, and more.